Black Tie Moving’s founder and CEO Dusty Black was featured in the July 2021 issue of People. While many know the 38-year-old as the driving force behind the country’s fastest-growing moving company, the article focused a lens on another of Black’s professional passions — his new career as a country singer-songwriter.

It seems like both music and moving run in the Black family. Dusty Black’s grandfather was a banjo player on Johnny Cash’s Louisiana Hayride. Black’s father was also a musician with dreams of playing professionally, but he decided to pursue other opportunities to provide for his family. Ultimately, Black’s father ended up in the moving business, where Dusty Black had his first experience with the moving industry.

As a kid, Black often worked with his father, gaining industry knowledge and experience. He was also exposed to movers who were not always the most professional role models. As an adult, Black carried these memories with him and was initially discouraged from working in the moving business. During his real estate and finance industries tenure, he had clients who had horror stories from moving experiences. Then, Black built his own home and hired movers for himself. He chose the largest moving company in America but was shocked when less-than-professional movers showed up in his house, smoked on his lawn, and caused more than $30,000 in damages — all for a move that totaled $4,000.

There had to be a better way.

In 2019, Dusty Black’s father died, making him reassess his life’s passions and priorities. It was a wake-up call for him. Black told People, “Success and money became far less important to me after he passed, because you realize you can’t take it with you and that at the end of the day, it’s not really what defines you.”

That’s when he decided to pursue his childhood dreams of being a musician.

Black shared his new song, “Somebody’s Mama,” with People in July. The song is written by Monty Criswell, Derek George, and Houston Phillips and features Black’s friend Gary LeVox of Rascall Flatts. Black and LeVox met when LeVox hired Black Tie Moving to move his family into their new home.

Whether performing on stage or working with Black Tie Moving, Dusty Black believes and pursues excellence. Black Tie Moving’s mission is to create the best moving experience you’ve ever had every time you work with them. It’s a service delivered by true professionals with a focus on exceptional customer service.

Read the full People article about Dusty Black, and learn more about how Black Tie Moving can handle all of your residential and commercial moving needs. 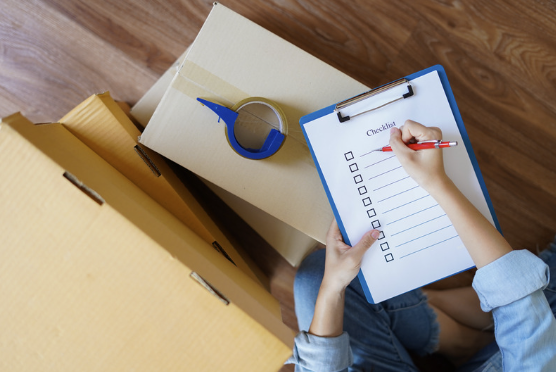